There are many opportunities to see French films and series or attend events for free at COLCOA. Here is a list of complimentary screenings offered in 2018. No reservation is needed for free screenings. No ticket is delivered. Admission is on a first come, first served basis.

Now a tradition and a unique experience to start your day at the festival: A “Blind Date” with an exclusive new French film at COLCOA before its official presentation. The film is not  announced before the screening starts…Will you be charmed?
New in 2018: Three Blind Dates with three different films at 1:50 pm on Tuesday and at 1:45 pm on Wednesday and Thursday in Truffaut Theater.
(If you already bought tickets for the films presented, you will be able to exchange them for another film at the Box Office)

Most films and series in competition for the COLCOA TELEVISION Awards are shown for free on loop in the Melville theater. Schedule is made to help you to enjoy both CINEMA, & TELEVISION competitions at COLCOA all day long!

Four digital series will compete for the 2018 COLCOA Audience Best Digital Series Award. Enjoy for free this unique program of fictions and documentaries, showing the vitality and diversity of French production for this new popular format, and vote for your favorite one.

For the second year, leave reality for a few minutes and explore new worlds but don’t forget that you are using a Samsung Gear ! Five amazing new French productions to discover during the weekend. In the COLCOA lounge on Saturday from 11:30 am to 5:30 pm and on Sunday from 12 pm to 6 pm.

Start your day at COLCOA with this exclusive series of digitally restored French Classics to be rediscovered on the big screen for free. 2018 Program is available here. Note: 20th anniversary screening of The Dinner Game on Friday April 27 will be followed by a Q/a with writer/director Francis Veber in person!

Frustrated when a feature film is shown without a short at COLCOA? We know the feeling…  Don’t miss one of the most exciting parts of the COLCOA program with all shorts presented together on Sunday April 29. Attend Program 1 at 11:00 am and Program 2 at 4:15 pm and vote for the COLCOA Audience Short Film Awards. Program is available here. 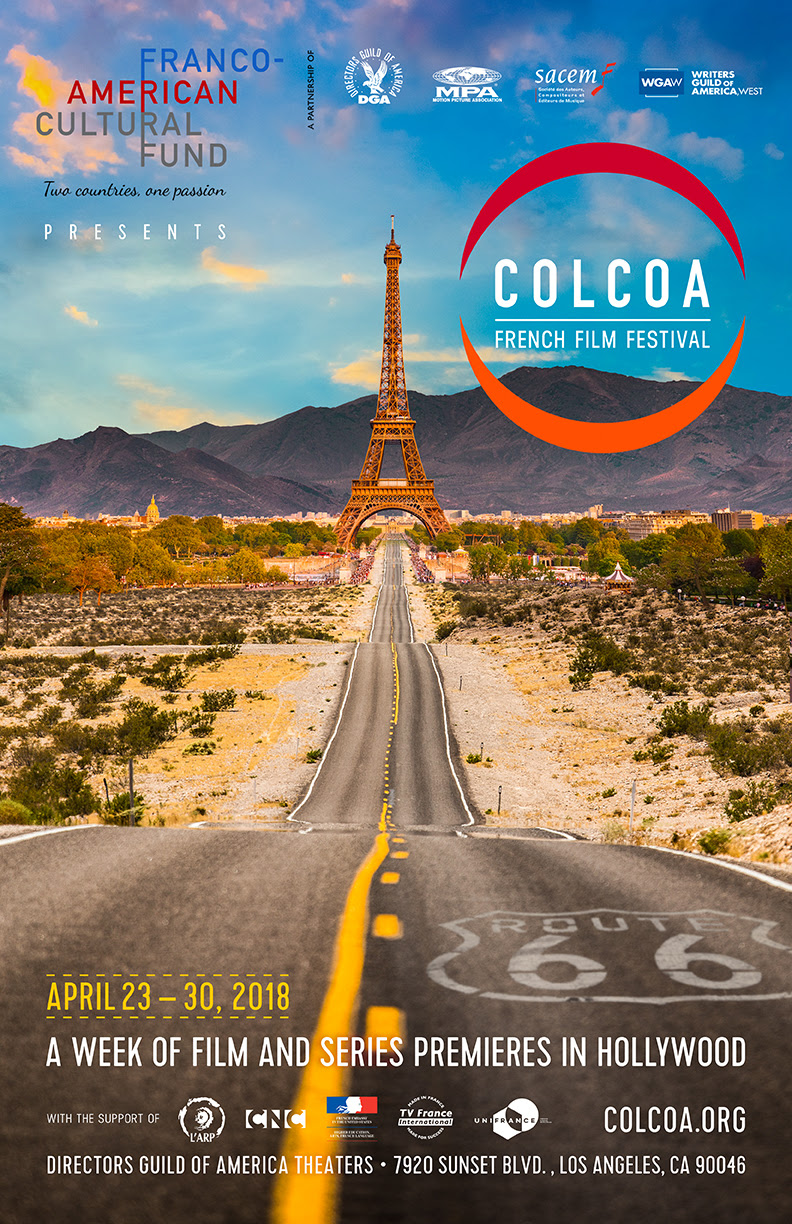 For six days, COLCOA starts with the rerun of a film shown earlier during the week. Two reruns are offered the last day of the festival. COLCOA Reruns are at 11:00 am (Wednesday to Friday), 9:00 am (Saturday and Sunday) and at 10 am and 12:00 pm (last Monday).

From Tuesday April 24 to Saturday April 28, attend our popular panel series presented in association with Variety and followed by a cocktail in the COLCOA Lounge (from Tuesday to Friday). After attending the panel and the cocktail you will have first access to theaters for the next screenings. Panels are at 4 pm except on Saturday (4:20 pm)

During the festival, limited invitations are available for some Premiere screenings. Screenings are announced on Facebook and Twitter one or two days beforehand. Join us and follow us!

These screenings are not free but with discounted prices: All charged screenings starting before 7:30 pm on April 24-27 and April 30; all After 10 screenings in Truffaut theater on April 24-28. Click here for detailed prices.