What makes virtuoso chef Alain Ducasse tick? How did that little boy who grew up on a farm in southwestern France become an innovative, sustainability-conscious culinary master, with 23 restaurants across the globe, 18 Michelin stars and three cooking schools to his name? Gilles de Maistre endeavored to find out, following his fascinating subject to the four corners of the earth for almost two years, in his indefatigable search for perfection. And if this film offers any rationale for Ducasse’s brilliance, it is certainly his endless curiosity, humanity, energy and passion for learning, sniffing, tasting, and eking out the most exquisite of ingredients and flavors. Gorgeously shot for the big screen by the director himself, this absorbing documentary offers a veritable smorgasbord of vicarious delights.

Gilles De Maistre | Multitalented Gilles de Maistre is a writer, director, producer, cinematographer, actor and journalist. After studying philosophy and journalism, he began his career producing news reports for television, and has gone on to write, produce and direct some 19 films, to date — shorts, features and TV movies, narrative and documentary alike. His first directorial effort, the documentary Boy Soldiers (1990), won the Albert Londres Prize, France’s highest journalism award; an Emmy Award for Best Documentary; and was nominated for a CableACE. His first narrative feature, Killer Kid (1994), nabbed the Jury Award at the Cinekid Festival in Amsterdam, and Premier Cri (2007) was nominated for a César Award for Best Documentary. 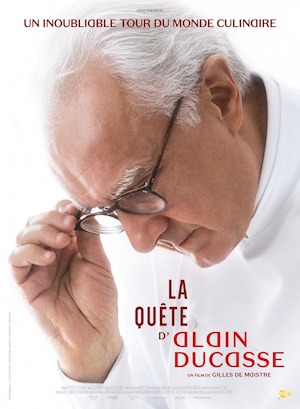