Start your day at COLCOA with a free and very exclusive program of digitally restored French favorites. The COLCOA Classics Series will run from Tuesday April 24 to Saturday April 28.

COLCOA offers a unique opportunity to rediscover French masterpieces on the big screen, some rarely shown in the United States, some shown for the first time in a digitally restored version. All films are in English or presented with English subtitles.

This program is free of charge with no reservation needed (on a first come first served basis.) Exact schedule and theaters will be announced soon.

THE FLESH OF THE ORCHID (La Chair de l’orchidée)

In this first film of writer/director Patrice Chéreau (Queen Margot), co-written with Jean-Claude Carriere, a disturbed young woman is kept prisoner in a castle by her aunt for her money. The game-keeper, her guardian, tries to rape her but she escapes. In her flight she meets a man also running away, from two killers.

GET OUT YOUR HANDKERCHIEFS (Préparez vos mouchoirs)

Solange is depressed and sick. Friends and neighbors are convinced she needs a child. Her husband enlists the help of another man as her lover, Stéphane, in hopes of getting her pregnant. He fails to cheer her up or impregnate her. The three open a summer camp for children where Solange meets 13-year-old Christian. Christian cheers her up, becomes her lover, and fathers a child by her. A cult film from the master of dark comedy Bertrand Blier (Too Beautiful For You, The Clink of Ice (COLCOA 2011), Buffet Froid, Going Places)

The first feature co-written and director Mélanie Laurent is the story of a family. A family of women often tossed about by life, but who have managed with time to ride out the storms. Men have little place in the women’s lives and it’s therefore quite natural that when one of the women falls in love, things come asunder. The family equilibrium has to be redefined and everyone strives to do so as best they can. But fate allows them to barely catch their breath before imposing another reality.

The family must then learn everything anew. The mechanics of adoption must once again be put into action, obliging each person to change places. With Marie Denarnaud, Denis Ménochet, Clémentine Célarié. The Adopted Premiered at COLCOA 2011 and won the First Feature Award. This new presentation is made in association with Rialto Pictures.

(20th Anniversary presentation – followed by a discussion with writer/director Francis Veber in person!)

A runaway comedy hit when it was released in 1998, The Dinner Game remains an international cult classic. Adapted from director Francis Veber’s own stage play, the film recounts the story of Pierre, a slick literary editor, and François, a low-level schmuck at France’s internal revenue service.
Unbeknownst to him, François is to play the role of Pierre’s “jerk” at his weekly “Bring-a-Jerk-to-Dinner” party, where he’s sure to impress Pierre’s snooty pals and win the evening’s top prize.

But a series of misadventures, spiraling further and further out of control, keeps the twosome from ever making it to the dinner party. Yet their farcical exploits implicate François deeper and deeper into Pierre’s personal life. In the end, it’s a toss-up as to which of the two men is, indeed, the bigger jerk. The film is presented in association with Gaumont.

Anne is becoming a teenager. She lives in Paris with her mother and her older sister, Frédérique. They’re just back from summer at the beach with their father. School starts. For Frédérique it’s the year of her first serious love, her first foray into politics (the Algerian question and “ban the bomb”), her first kiss from an older man, her first friend who runs away, and her first loss of friendship over values. For Anne, who watches her sister closely, it’s a year of her first period and 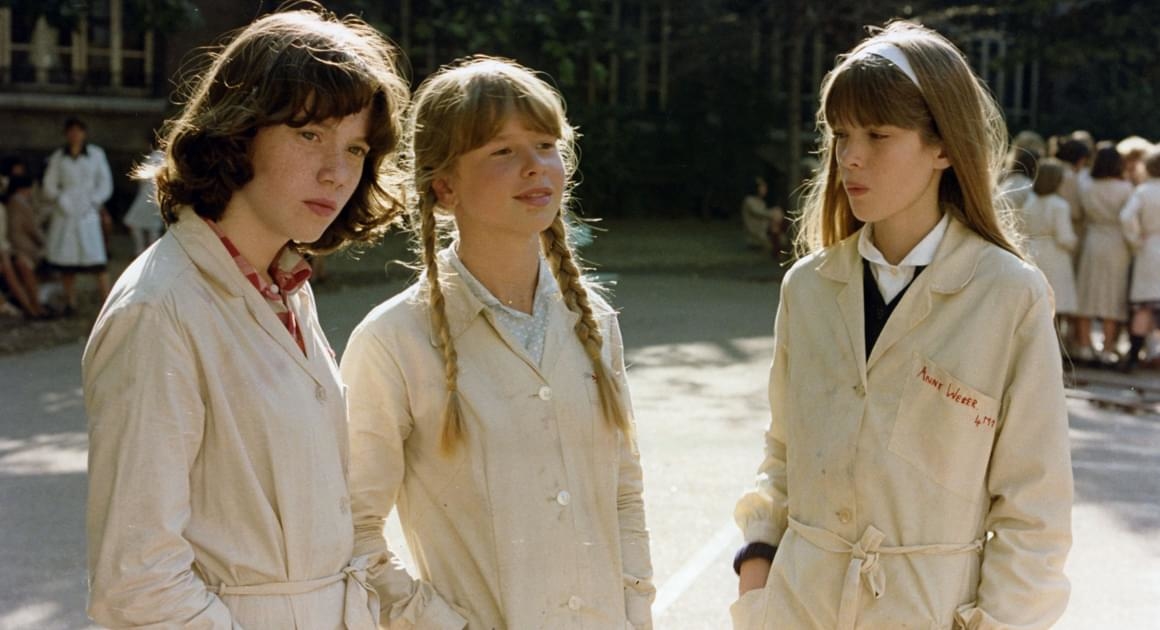 of learning to talk to boys, dealing with unfair teachers, and sorting things out with mom after getting in trouble. With Eléonore Klarwein, Odile Michel, Anouck Ferjac. The film is presented in association with Cohen Media Group before a U.S. digital release.