On Saturday, April 28th from 11:00 am to midnight, save your day for an exclusive program of five features putting the new French New Wave under the spotlights. This day is dedicated in Truffaut Theater is dedicated to first films made by women. The Series will start on Tuesday night with the Premiere of acclaimed Bloody Milk.

First-time helmer Hubert Charuel weaves a compelling, unconventional rural thriller out of the tale of a taciturn farmer and his cows. Swann Arlaud delivers a riveting performance as Pierre, whose quiet, repetitive life revolves around meticulously caring for the dairy farm he’s taken over from his parents. He calls each cow by name, lovingly delivers their calves with his own hands and even invites one of them to share his home. They occupy every inch of his psyche and his life… Until a deadly bovine epidemic rears its ugly head and strikes one of his own. Seething with suspense and heart-felt tragedy, Bloody Milk is an astute, understated tale told simply and with great eloquence. 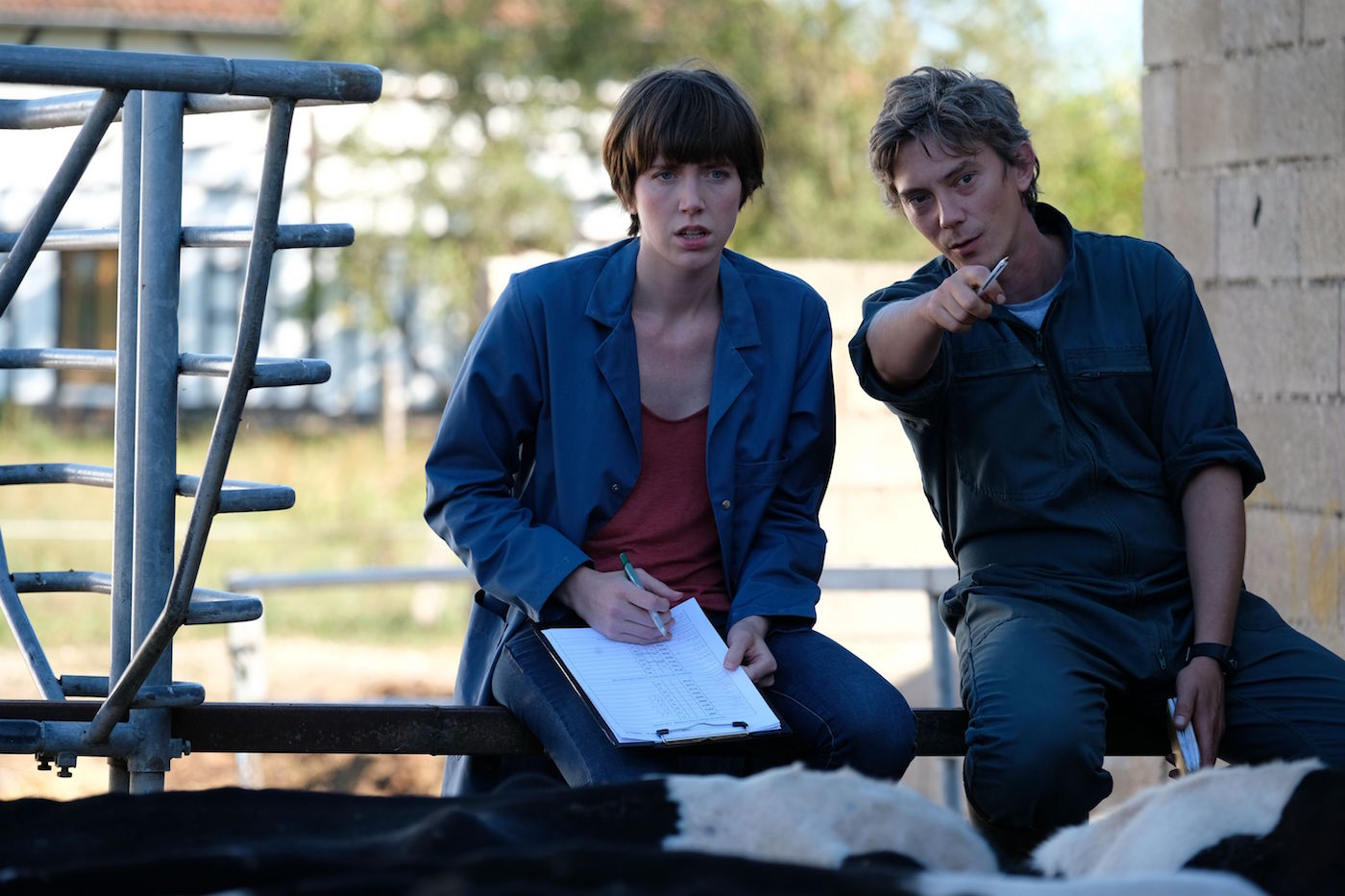 It premiered as part of the International Critics’ Week at the 2017 Cannes Film Festival. It was nominated for eight Cesars and won three of them: Best Actor (Swann Arlaud), Best Supporting Actress (Sara Giraudeau) and Best First Feature.

(Followed by a discussion with writer/director Elsa Diringer)

Sixteen-year-old Luna just earned her vocational training certificate in horticulture. She works on a farm near Montpellier and hangs out with Ruben. She’s head-over-heels in love with him. One night, at a drunken party with their friends, they participate in a brutal assault on Alex, a young graffiti artist and trumpeter who’s a stranger to them all. A few weeks later, Alex reappears in Luna’s life… and fate takes another turn. 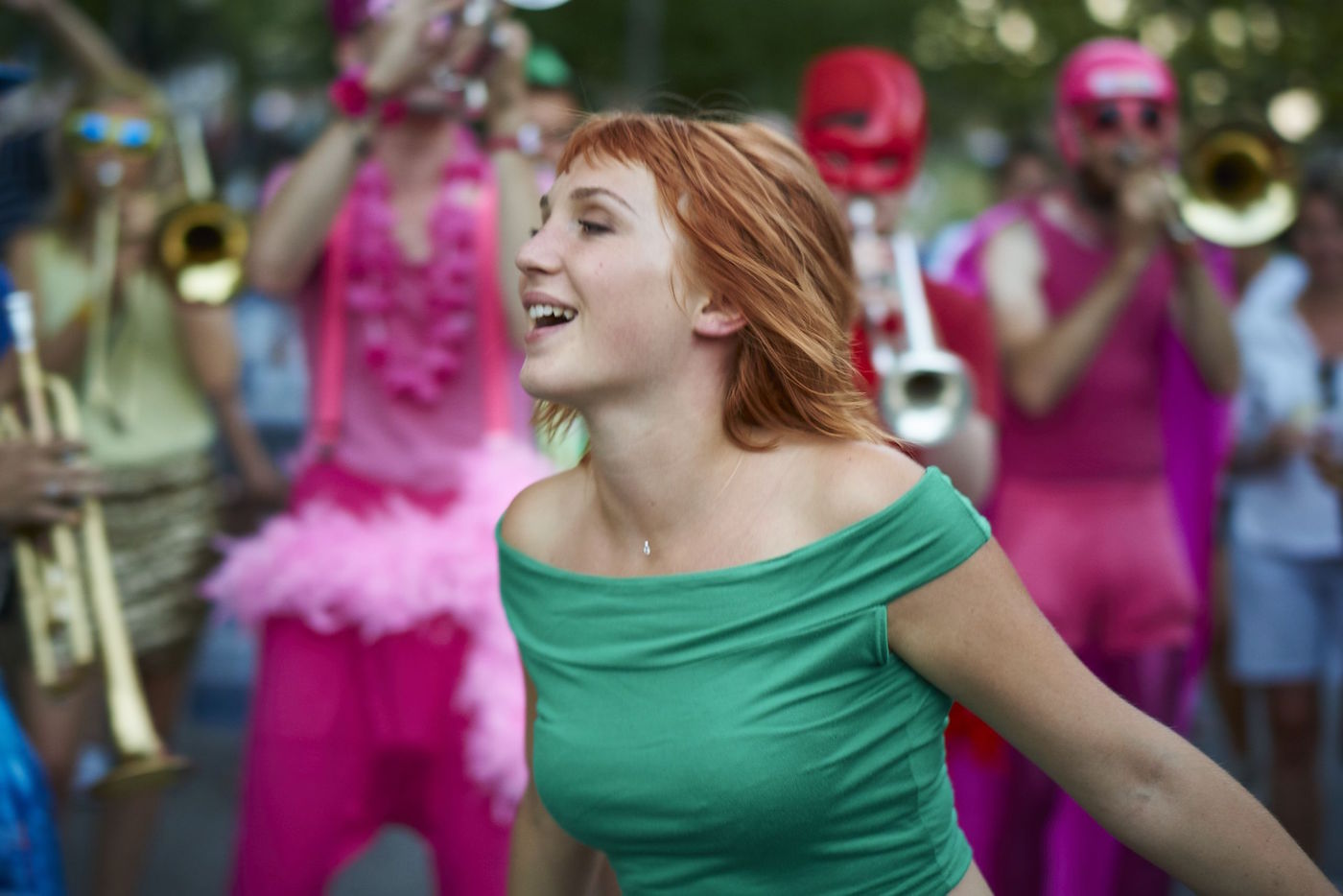 Elsa Diringer’s sensitive first feature delves into the question of violence in our culture and individual responsibility in the face of heinous collective behavior.

(Followed by a discussion with writer/director Marie Garel-Weiss)

Celeste and Silhem are admitted to a rehab facility on the same day. Addicted to drugs, the otherwise-normal teenage girls form an indelible bond. That friendship becomes as much their salvation as an obstacle, when they’re thrown out of the facility for breaking the rules and are on their own, desperately struggling to stay clean and sober. That’s when the real battle begins — their struggle for freedom and rebirth. The semi-autobiographical film marks Marie Garel-Weiss’ feature directorial debut and was honored 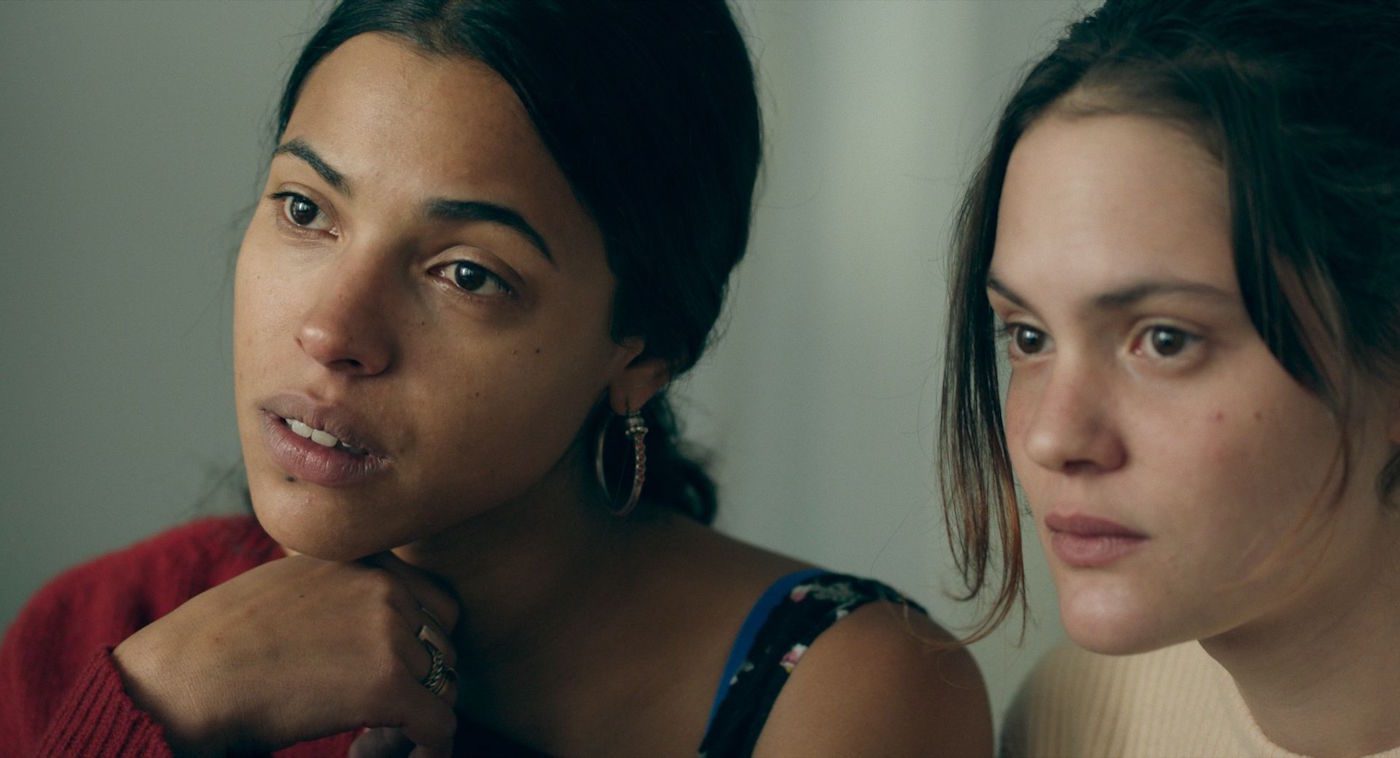 with the Golden Salamander at the 2017 Sarlat Film Festival and the Audience Award at the Saint-Jean-de-Luz Film Festival, where the film’s two radiant leads, Zita Hanrot and Clemence Boisnard, deservedly shared the festival’s Best Actress Award.

Followed by a discussion with composer Julie Roué

Laetitia Dosch is a freewheeling dynamo as Paula, the impulsive, maddening, headstrong, endearing heroine of Montparnasse Bienvenüe, writer/director Léonor Serraille’s unflinching, picaresque character study of a “young woman” of our times. Paula no sooner arrives in Paris, when she’s immediately dumped by her long-term, off-screen lover — a state she is loath to accept. Now virtually homeless, she wanders the streets of the city, crashing with friends, 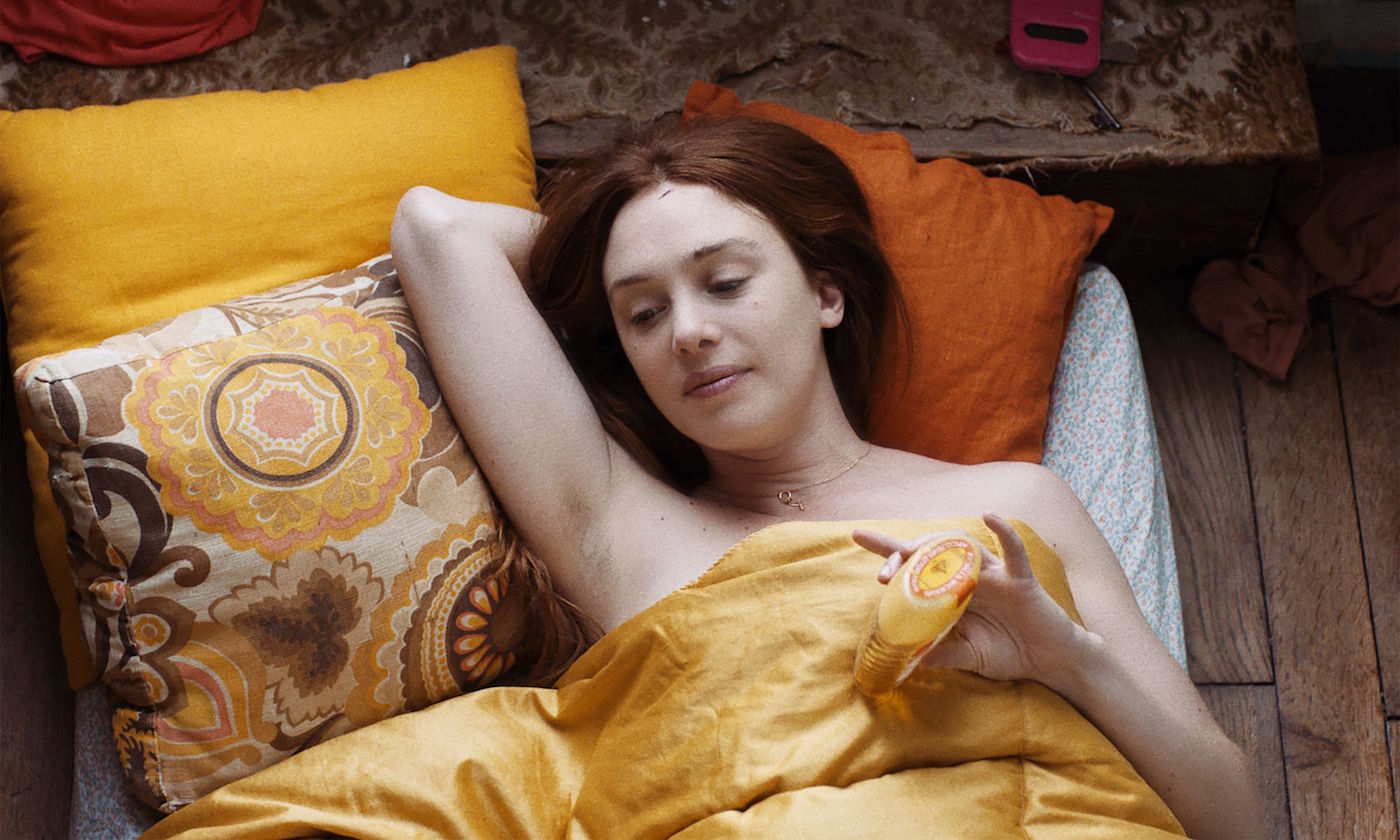 aimlessly adrift, furiously improvising from one moment to the next… and utterly determined to survive.

(followed by a discussion with writer, director Sou Abadi and actor Camélia Jordana)

Armand and Leila are in love. Both students at the prestigious Science Po University, they’re about to go to New York together to do an internship at the United Nations. But Leila’s older brother, Mahmoud, puts the kibosh on those plans the moment he returns from Yemen – complete with beard and prayer beads. He condemns his sister’s Western ways and, above all, forbids any contact with her boyfriend. So to get into the family apartment,

Armand has a make-over, dons a burqa and pretends to be Leila’s female Islamic Studies tutor. Plenty of hijinks ensue. But the ruse works… a little too well! Some Like It Veiled takes the cross-dressing conceit of the Billy Wilder classic and brings it to the age of Islamic fundamentalism. The result: an extremely funny, politically-incorrect French farce.

“Hollywood, Bollywood, Nothingwood!” proclaims Salim Shaheen. He has been called the “Afghan Ed Wood” and is certainly the war-torn country’s most popular and prolific actor/director/producer. Launching production on his 111th B-movie masterpiece, the exuberant filmmaker travels to a remote village to shoot with his usual ragtag crew of friends, actors, war veterans and his perennial cross-dressing “leading lady.” Armed with a small video camera, a few Kalashnikovs and a box of live ammo, it’s “lights, camera, action!” First-time helmer Sonia Kronlund’s at-times hilarious portrait of this local hero elicits both admiration 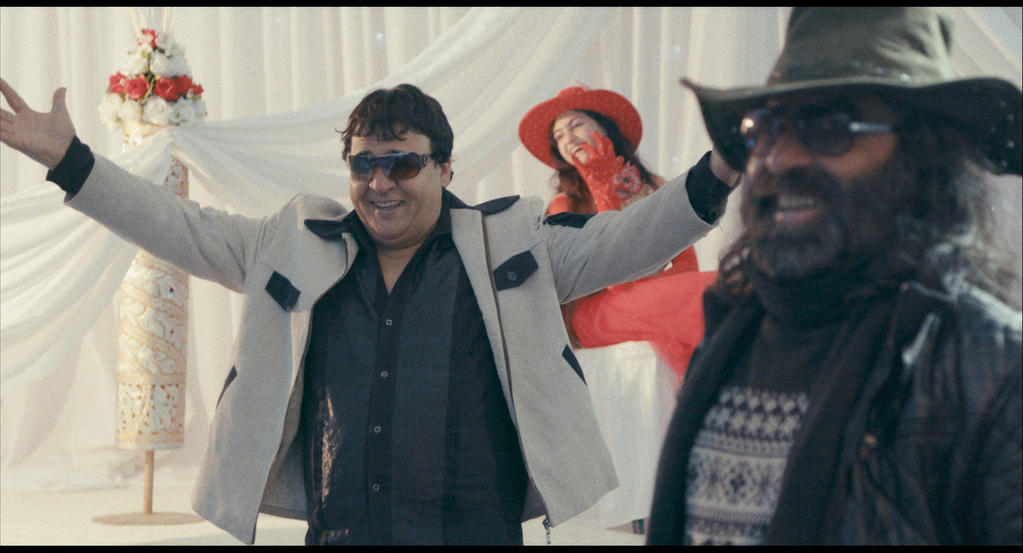 and affection for Shaheen’s braggadocio, sincere dedication to his oeuvre and guileless belief in the transcendent power of moving pictures.
You may also see these programs from the COLCOA TELEVISION competition: PROUD