Adapted from Christophe Ono-dit-Biot’s novel of the same name (Grand Prix du Roman de l’Académie Française, 2013), Diving immediately plunges us into the depths of an impassioned love affair. Paz is a fiery, impetuous Spanish photographer. She lives in the moment and likes to keep moving. War-correspondent-turned-art-critic César can’t quite believe his good fortune at capturing the spirited beauty and is beyond ecstatic when she moves in with him. But when Paz finds herself pregnant, things begin to unravel… Juggling love story and psychological intrigue, and plumbing the depths of maternal ambivalence, Melanie Laurent’s beautiful, impressionistic, feminist fourth feature looks at love and motherhood from the point of view of an artist and staunchly independent woman.

Melanie Laurent | Actress-turned-filmmaker Mélanie Laurent is best known to American audiences for her roles in Quentin Tarantino’s Inglorious Bastards (2009), Mike Mills’ Beginners (2011) and Louis Leterrier’s Now You See Me (2013). She was honored with the César Award for Most Promising Actress, for Philippe Lioret’s Don’t Worry, I’m Fine (2006). She has appeared in some 40 films to date, most recently in Christian Carion’s My Son and Laurent Tirard’s Return of the Hero (both presented as part of this year’s COLCOA festival). Laurent made her feature-film directorial début with The Adopted (Audience Award, COLCOA 2012), followed by the powerful Breathe (International Critics’ Week, Cannes 2014). She and Cyril Dion codirected the buoyant environmental doc, Tomorrow (Best Documentary Award, COLCOA 2016), which went on to win the César Award for Best Documentary. Laurent most recently directed Nic Pizzolatto’s adaptation of his own first novel, the thriller, Galveston (2018), which premiered at this year’s SXSW Film Festival. This US premiere screening of Diving will conclude COLCOA’s Focus on the multi talented actor/writer/director.

In Association with: Gravitas Films, WTFilms, Unifrance, Women In Film 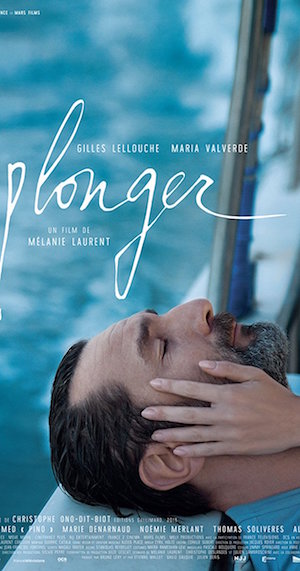