Valentin and Constance live together. A pair of trendy, wildly successful architects, they’re preparing a major retrospective of their work for the tony Palais de Tokyo museum in Paris. However, nothing goes as planned. First, Valentin’s entire hick family shows up at the museum for the opening… revealing that he’s lied to everyone about his background. He’s not an orphan, after all, but grew up in the capital of “hicksville”, in northern France. Then he has an amnesia-triggering accident, his memory gets stuck in his much-younger persona, and he begins spouting a distinctive Picard dialect… making him the biggest hick in the universe! While not a sequel, we might consider this Dany Boon’s long-awaited follow-up — or second act — to his hilarious, good-natured runaway hit, Welcome to the Sticks. Or chapter two in an ongoing homage to his native region… Meanwhile, the film had the biggest opening in France in ten years and is on its way to becoming the country’s box office mega-hit of 2018.

Dany Boon | Zany, multitalented actor/writer/director Dany Boon is a native of Nord-Pas-de-Calais, France, a region — with its distinctive Picard dialect — that clearly remains very close to his heart. He began his career, working as a street mime and dubbing cartoons, but quickly made a name for himself as a comic, doing sketches and one-man shows. He’s subsequently appeared in some 39 feature films as an actor, including Francis Veber’s The Valet (COLCOA 2006), Patrice Leconte’s My Best Friend (2006), Jean-Pierre Jeunet’s Micmacs (2009) and Danièle Thompson’s Change of Plans (2009). He also dubbed the French voice of the title character in Steven Spielberg’s The BFG. Boon made his feature directorial debut with La Maison de Bonheur (2006), which was followed by Welcome to the Sticks (COLCOA 2008), the highest-grossing French-language film of all time in France. That was followed by Nothing to Declare (COLCOA 2010), Supercondriac (COLCOA 2014) and R.A.I.D. Special Unit (COLCOA 2017), which just nabbed the very first César Prix du Public, as the top box office hit of last year. 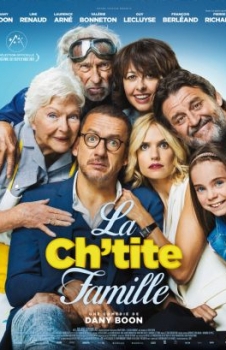