Gabriel Buchmann was a real-life classmate of Brazilian director Fellipe Barbosa’s. He decided to take a year off and travel the world, before beginning his Ph.D. program at UCLA. So he hit the road, his backpack full of dreams, immersing himself in culture after culture. Based on Gabriel’s own true story — with some of the people he encountered on his travels playing themselves — the film picks him up in Kenya, as he “delves into the soul of Africa,” and follows him on his final journey, to the top of Mount Mulanje in Malawi. This moving account of one young man’s journey of discovery poses the thorny question, “What does it mean to travel?”

Felippe Barbosa | Writer/director Fellipe Barbosa was born in Rio de Janeiro. He began his career as a film editor and directed his first short, La muerte es pequeña, in 2005, followed by Salt Kiss (2007). His much-acclaimed feature directorial debut, Casa Grande (2014), racked up numerous festival awards and was nominated for ten Cinema Brazil Grand Prizes, including Best Film, Best Director and Best Original Screenplay. Gabriel and the Mountain, his sophomore effort, debuted at the 2017 Cannes International Critics’ Week, where it garnered both the France 4 Visionary Award and the Gan Foundation Support for Distribution Award. Both features explore issues of privilege and entitlement among the upper classes. In Association with: Strand Releasing, Film Boutique 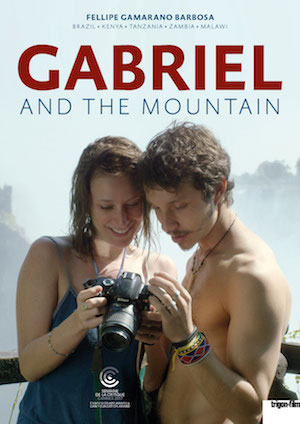