GET OUT YOUR HANDKERCHIEFS / Préparez vos mouchoirs

Solange is seriously depressed. She hardly eats, can’t sleep, gets migraines and sometimes even faints. So her dear, doting husband makes it his mission to find her a lover who will cheer her up. But even a new lover cannot lift the wan soul’s spirits… until the phlegmatic Solange takes matters into her own hands. Scandalous and triumphant, hilarious and shocking, high farce with a heavy dose of Mozart thrown in, Get Out Your Handkerchiefs had audiences both cheering and hissing when it was first released in 1978. The picture had the New York Film Festival selection committee at one another’s throats — was it a brilliant erotic fantasy or downright misogynistic? Yet the film opened to euphoric reviews and became a smash box-office hit. Perhaps Bertrand Blier’s most haunting and masterful comedy, the film went on to rack up an Academy Award for Best Foreign Film and a César Award for Best Original Music. The National Society of Film Critics named it Best Film of the year… which People magazine called “downright incomprehensible.” Some films, you just have to see for yourself and make your own decision!

Bertrand Blier | The son of great comic actor Bernard Blier, writer/director Bertrand Blier does not pull any punches. His loutish characters, controversial subject matter, blatant sexuality and very special brand of dark, deadpan humor has been compared to the work of Henry Miller and D.H. Lawrence. His highly successful breakout feature, Going Places (1974), based on his own novel, Les Valseuses, also starred the dynamic comic duo of Gérard Dépardieu and Patrick Dewaere, and both actors went on to star in many of his subsequent films. Blier has written and directed 21 films to date, including Buffet Froid (1979, César Award for Best Original Screenplay, which was rerun at COLCOA 2011), Our Story (1984, César Awards for Best Actor and Best Original Screenplay), Ménage (1986), Too Beautiful for You (1989, Cannes Film Festival Grand Prix, and César Awards for Best Film, Best Director and Best Original Screenplay), and How Much Do You Love Me? (COLCOA 2006). In 2011, COLCOA honored Blier with the premiere of The Clink of Ice, his most recent film to date. 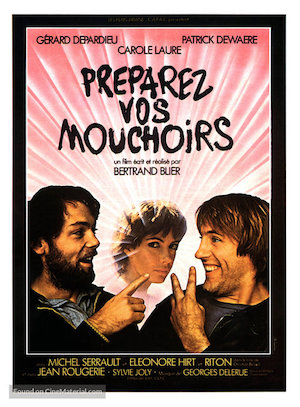 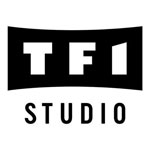