Hector’s life is nice and neat. He’s gay, a doctor, and has been living with Jérémie for five years now. They’re even planning to adopt a child. Then he runs into his first love, Louise… and he’s head-over-heels all over again. Suddenly his cup runneth over. He truly loves them both and refuses to give up either one. So what’s a boy to do? Your classic triangular romantic farce, with more than a dash of Marivaux thrown in, this original miniseries offers a refreshingly relaxed, delicate and, at times, very funny take on homosexuality, bisexuality, shared parenting, love and family. A Jules and Jim for the 21st century!

Clément Michel | Director Clément Michel also happens to be an actor, playwright and screenwriter. He adapted his highly successful first play, Le Carton (2004) for the big screen, co-wrote the screenplay for Thomas Sorriaux’s La Dream Team (2016), wrote and directed the feature The Stroller Strategy (2012), and has directed 12 episodes of the series En famille (2016-18). His first short, Une pute et un poussin (2011) was nominated for a César Award for Best Short Film. Co-creator Olivier Joyard studied journalism at UCLA, wrote for Cahiers du Cinéma, and has been a TV columnist for Inrockuptibles magazine since 2004. Co-creator Jérôme Larcher was also an editor at Cahiers du Cinéma and authored the book Masters of Cinema: Charlie Chaplin. Together, they co-wrote the series La Cour des Grands (2008) and co-created À l’antenne (2009) and Les Blings (2009).

In association with: Film and Picture, TVFI 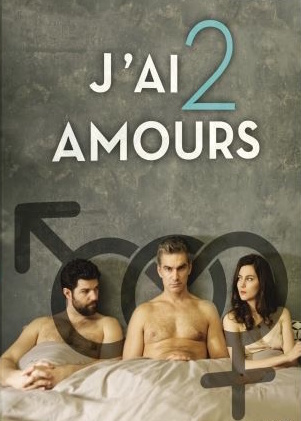