In 1997, Philippe Harel directed an intriguing film called The Forbidden Woman, co-written with Eric Assous, which premiered in competition at Cannes. Filmed in the first person, with a totally subjective camera, it was the story of an almost never-seen married man (played by Harel himself) and his love affair with a much younger woman, played by the radiant Isabelle Carré… Well, they’re back! Harel’s new TV movie, Infidelity, is a variation on that same theme. It tells the tale of duplicitous husband and father Julien, a real estate agent who falls in love with Alice, a young client… who, it turns out, works in Julien’s wife Marie’s tea shop. But now the shoe is on the other foot because, this time, it’s the betrayed wife who’s played by Isabelle Carré. When Julien has a car accident, the plot thickens…

Philippe Harel | Writer/director/actor Philippe Harel began his career as a director of theater, news reports and industrial films. He won the 1993 New Talent in Cinema award from the SACD and was twice nominated for César Awards for Best Short Film — for Deux pièces/cuisine (1989) and Une visite (1996). Les heures souterraines (2015) nabbed the Best TV Movie award at the Luchon Film Festival. His box-office hit, Hikers (1997) was co-written with favorite screenwriting collaborator, Eric Assous, and starred beloved Belgian comedian Benoît Poelvoorde… as did his Ghislain Lambert’s Bicycle (2001) and Les randonneurs à Saint-Tropez (2008). 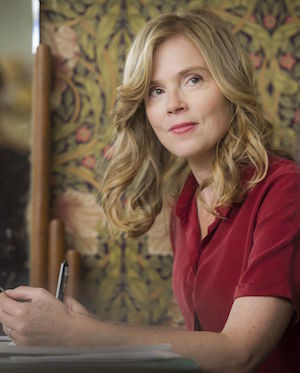