U.S release: 2018
Showrunner Aurélien Molas (Red Creek – COLCOA 2018) was deeply influenced by Joseph Conrad’s The Heart of Darkness when she sent her characters on this mystical initiatory journey, deep into the heart of the Amazon rainforest. The four-part miniseries, directed by Olivier Abbou (Terrotories), follows rookie cop Chloé, who is transferred to Cayenne, French Guyana, where she teams up with Dialo, a prickly local cop who’s haunted by demons and well-versed in the mystical customs of the region. Despite their instant dislike for one another, they’re forced to work together to solve the brutal, ritual murder of a French couple from the mainland. When the victims’ son is found missing, and all clues point to the descendants of African slaves who worship a forest spirit called Iskander, Chloé and Dialo must plunge deeper into the jungle, on a relentless journey from favelas and hallucinogenic drugs to voodoo rituals and an agonizing past that will not be expunged.

in Association with Lagardere Studios, TVFI 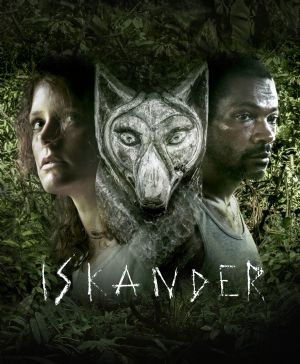